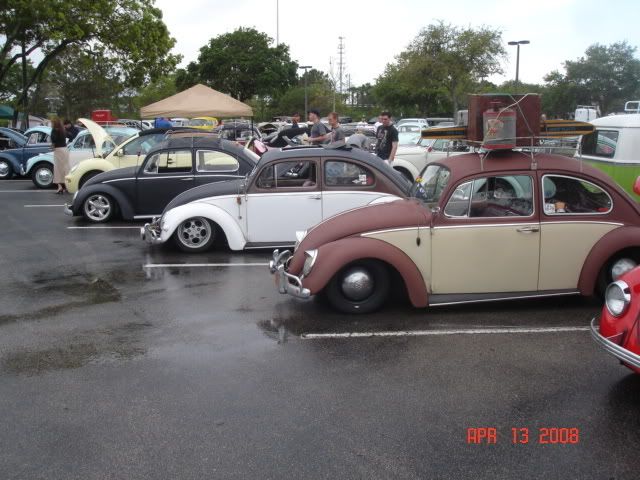 A site with Florida VolksWagen Clubs and their drivers

crazy shit you did in or with your VW....

driving up Ft. Mountian in Ga I lost a nut from the rear hub and the wheel fell off, and with no jack, a guy stoped to ask if I needed help and I told him I didnt have a jack! Well nor did he, But he did have a wench on the front of his 73 Land Rover, needless to say we took a strap went threw my car and over the roof, and wenched the car up on its side, while my buddy went to the part store to get a new nut wich by the way auto zone does not carry so we ended up going with a nut off a subaru, and it worked but not for long, by the time we got the other 3 miles to the top of the mountian it was about to fall off again so we left the car there, went in my buddys bug (Him&his wife Me&mine and a car seat with my lil boy) to get my Pick up borrowed a trailer to recover the bug A fun 2 days

Oh, you mean that kind of story...I was thinking something totally different.

oh hell you can tell any kinda story just a crazy one!!!!

Admin wrote:oh hell you can tell any kinda story just a crazy one!!!!

Uhm, what? Nevermind, I don't want to know. 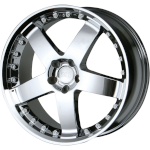 Admin wrote:oh hell you can tell any kinda story just a crazy one!!!!

Back in 89-90 I had a 70 baja that had an 8-point roll cage in it with a cross bar right behind the seat. The bars in the rear also tied into the shock tower area. I had a semi-flat shelf built in there. It also had a 1-pc fiberglass front end. When I bought the baja it had a crack right above the hinge mount. It wasn't bad and I didn't really know how to fix it at the time. I was 19 then.

I had a bad toothache one morning so I was headed to the dentist. My wife was with me in the baja but she wasn't happy about it. She has never been a fan of VWs. So, we're cruising along about 50 mph or so and suddenly I see the 1-pc front end shake real bad a couple of times and before I could hit the brakes the entire 'glass front end came up and flipped over the top of the car. I looked in my Wink mirror to see it flipping through the air and landing in the middle of the road. Luckily the log truck behind me missed it. I pulled over and ran back and got it. It was cracked in a few more places now and scraped up but in better shape than you would think. It had cracked all the way across right above the hinge and the air going under lifted it up. It dented the roof of the bug and broke one of the KC Daylighters that was bolted through the roof. It had the rubber latches at the rear and a hinge at the front. When the front went up the latches came undone. I stuck it back on and used a couple of bungee cords through the headlight holes to keep it there.

I went on in to the next town headed to the dentist. As I was going through town I caught a series of "orange" lights (not quite yellow, not quite red)...about five or six in a row. Well, on the last one a cop hit his lights to pull me over. I never saw him. Finally, he hit his siren and I pulled over. He didn't buy that I had already entered the intersection while the light was still yellow and gave me a ticket for running a red light, and another one for having the tag in the back window instead of on the bumper.

Anyway, a couple months later my wife had went out of town to see her mother and stay for a couple weeks while her mother was having some problems. I had to work but the first weekend I drove over to see her. It was mid-winter and I still had the 1-pc front end off of it due to the other incident. I was cruising along the freeway (about an hour drive total) in the rain, at night with no wipers, just Rain-X, freezing my ass off. I had cardboard and duct-tape all over the cowl area trying to keep the cold air out. A semi-truck went flying by me in the left lane, must have been doing 80+. The wind from the semi hit my baja and pushed me over the rumble strip. I corrected and started to spin. I hit the brakes as hard as I coul (reaction) and ended up sliding sideways down the road to a stop. Luckily, it was late and the road wasn't busy. I pulled over and sat there for a good five minutes shaking from the cold and from having the shit scared out of me. I continued on without incident but I did get off the freeway and take the backroads.